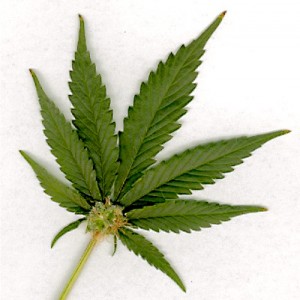 I have been representing an out of state property owner for several years. Recently, they contacted me to list and sell some of their properties, mostly tenant occupied. For the most part, this is a simple process of finding investors who want to keep the property and tenant just as they are, and they will perform a minimal inspection to make sure there are no issues. A few do a regular professional inspection after a walk through if they think that there might be some issues.

We try not to disturb the tenants, requiring a signed contract before we permit inspections; this has worked pretty well, and it also has the effect of driving out the potential buyers who aren’t as serious or perhaps as experienced. Mostly the tenants are nice, and we arrange a mutually agreeable time when we can inspect, and that’s that. Every now and then, we have tenants who will not permit the inspection, and we have to serve a two day notice, and show up with a locksmith. It is rare, and in one instance we discovered that someone was illegally subletting the property. In another instance, the tenant was growing weed in the unit.

When we filed the notice to inspect, the tenant called me in a panic, now saying we are not allowed to go into two of the 3 bedrooms…. because he is growing a certain medicinal plant, all legal he says. And opening the doors will “damage” the plants.

I spoke with the department of Health and they say if he has a permit to grow them, then it is ok, the permit renews annually and if there is a dispensary within 25 miles then they won’t renew it. Oh and he can grow 12 of them. And if he is a care giver, for up to 5 other people and has care giver cards, then he can grow 12 for each of them, so up to 72 plants.

We recently had the forcible detainer hearing, and the tenant showed up with a pro-bono attorney who was actually well prepared. Our attorney, for reasons I do not understand, chose to file based on a violation of the crime free lease addendum which specifically states that the tenant will not do anything in violation of the federal controlled substances act. (Personally I would have just notified them based on an inability to inspect). Their attorney argued that this was a state eviction, a state matter, and if we were to evict based on a federal statute, that we should be in federal court. Our attorney argued that it is a simple contract dispute, because the tenant signed the crime free lease addendum and the landlord had an expectation that nothing illegal was going on in the unit, specifically addressing the federal statute explicitly named in the addendum.There was lots of posturing but ultimately the judge ruled for us, and granted summary judgement, which they said they would appeal. So the story continues. I’ll write a future post detailing how this all works out.