Home/real estate/Why I love Java (NOT!)
Previous Next

In about 2006, I installed some cameras at our place at the lake. 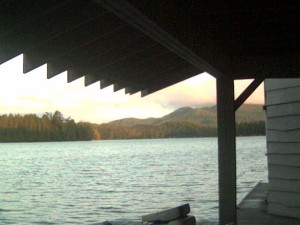 These are Trendnet IP cameras, and they are a little wireless internet server with a CMOS camera sensor in them, and they take a snapshot every 5 minutes or so, and upload the image to a server so we can see a time lapse of activity. Mostly it was for fun, but they have lately grown in popularity dramatically, even making it to the #1 webcam on webcams.travel a few years ago. And they are indexed on google maps of the area.

Sometimes I want to make an adjustment, such as fiddling with the focus or something, and so I need to see live video from the camera. And, there are two ways to do this. One way is to use Microsoft’s ActiveX, which doesn’t run on macs; the other way is to use the Java viewer, which does run on a mac, and depends on Sun’s Java package.

Over the years, there have been many exploits, mostly of PCs, through Java. And, these exploits have been addressed, eventually, through Java updates.

This summer, everything had been fine, until I got home from a trip and wanted to look at the streaming video from one of the cameras. When I tried to launch the stream, Java popped up and told me that I MUST IMMEDIATELY UPGRADE MY JAVA VERSION OR THE INTERNET HACKERS WOULD BREAK DOWN MY DOOR AND DESTROY MY COMPUTER. Well, not really, but the message was about that annoying, and, it positively refused to run my viewer, would not launch it.

So, of course, I upgraded to the latest Java runtime, some version of 8. And… then the site wasn’t trusted and I had to enter it into the trusted sites area (which warned me about impending doom again), and then warned me (in spite of it being in the trusted sites list) that I would surely be killed and/or mutilated if I dared try to run the applet from my camera so I could see the video.

And then, after agreeing that I might get killed or mutilated, it loaded the applet, and sat there with a blank page. See, in spite of me agreeing to the death and mutilation, Java 8 runtime will *not* allow my applet to run. They told me I would have to recode it to behave better. Of course, the applet is in a ROM in a camera in a different state that is not supported anymore and … well, no, there is really no way to fix it.

So, I removed Java 8 from my computer, and started loading older and older versions of Java 7 until I found one that would run the applet and only warn me one time about death and mutilation. Now the interesting thing is that the older version has a security slider that has 3 settings, for medium, high, and very high. This seems fine to me… Java 8, the latest version, has settings for “Almost completely useless”, and “really totally completely useless”. I mean, not really, but the security settings are so extreme that it really is not useful. A little like keeping your weapon locked in a safe that takes 5 minutes to open, when the point of the weapon is to save your life when someone breaks down your door… or like requiring that you keep your fire extinguisher locked in a box in the basement. I used to hate PDF because there was no way to edit it or work with it, and fortunately now there are all sorts of apps that let you do whatever you want with a PDF so it is mostly OK now (and PDF is mostly supported natively in the Mac) But Java, well, this is a different story. As of Java 8, it is no longer useful to me. I will keep my version of 7 around because I do need to see my streams from time to time, but I am really hoping it will get supplanted by something actually useful and not frustration-inducing.

I have a similar dislike of flash in all its forms. Android mostly gets along without flash, and because Apple won’t support flash, I’m hoping it will just die a silent death. Kind of like I hope Java does.